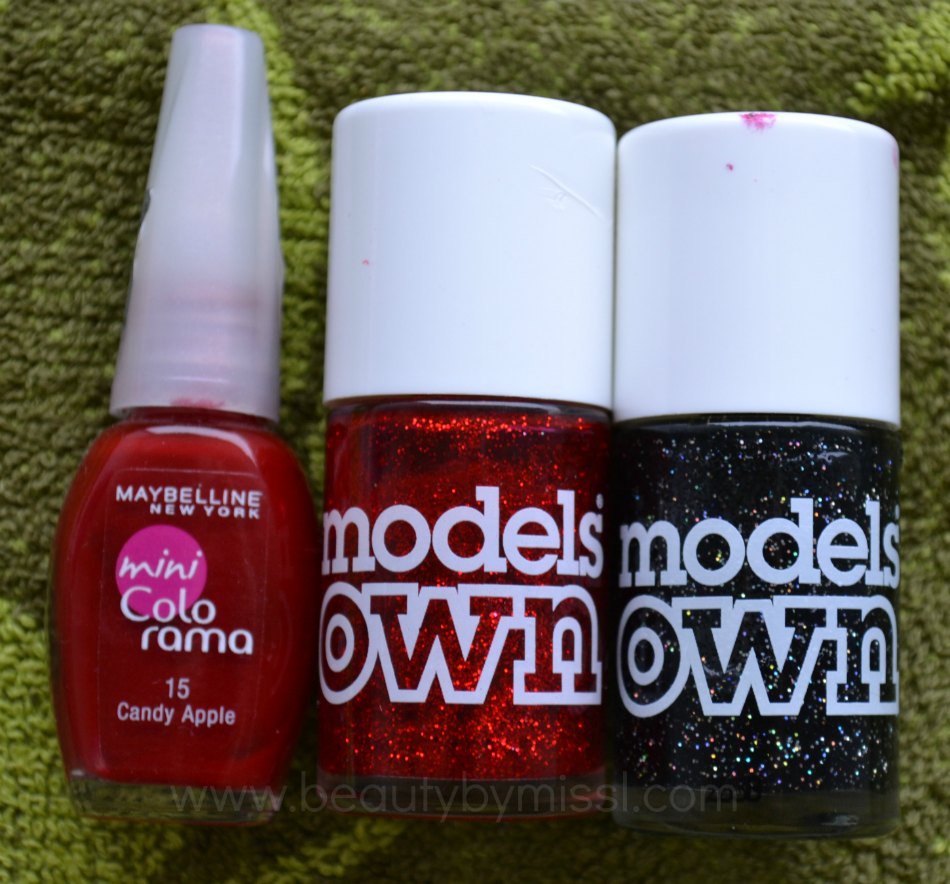 I first applied 2 coats of Maybelline Candy Apple on my nails. After then I did a diagonal french tip using Models Own Scarlet Sparkle & Mixed Up. I finished the manicure with Poshe top coat. 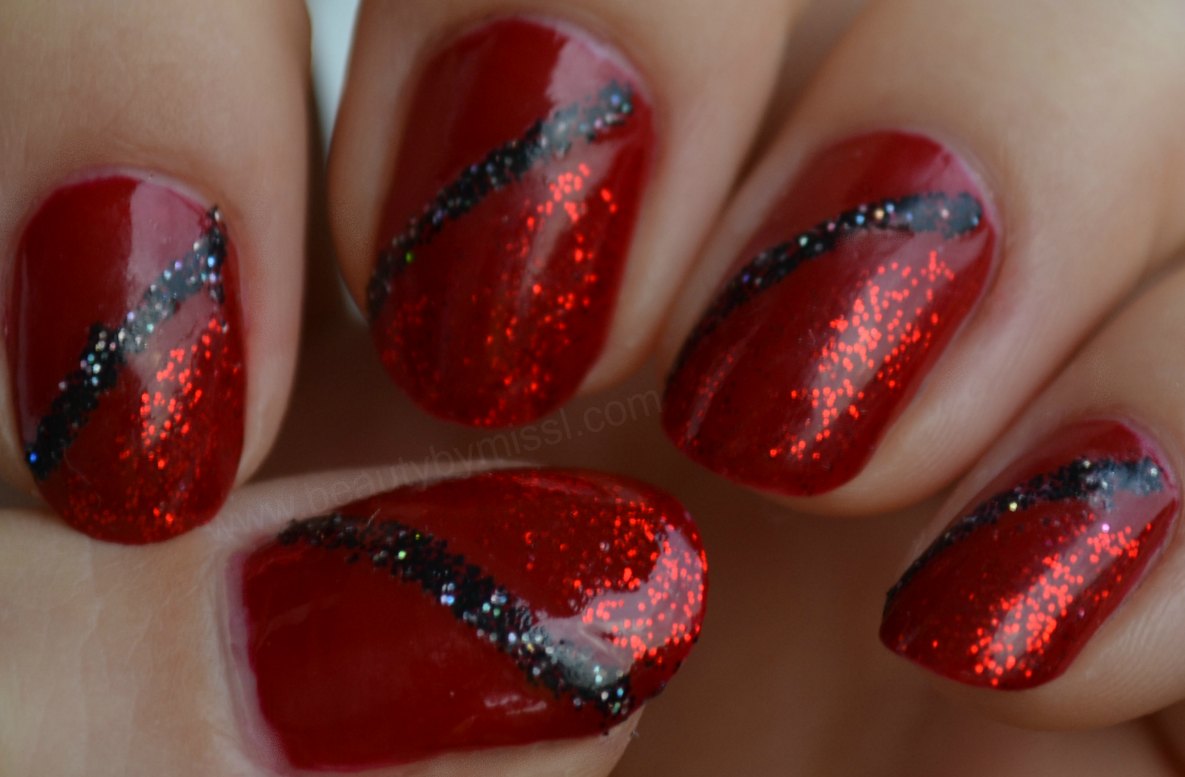 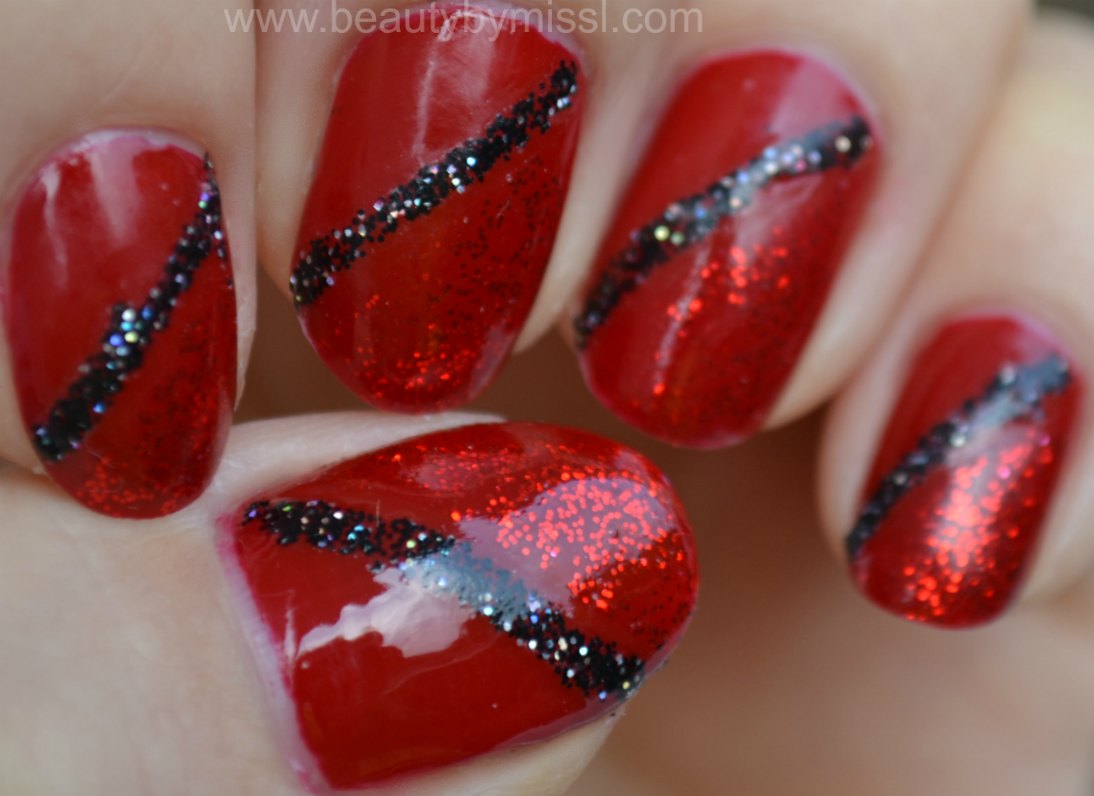 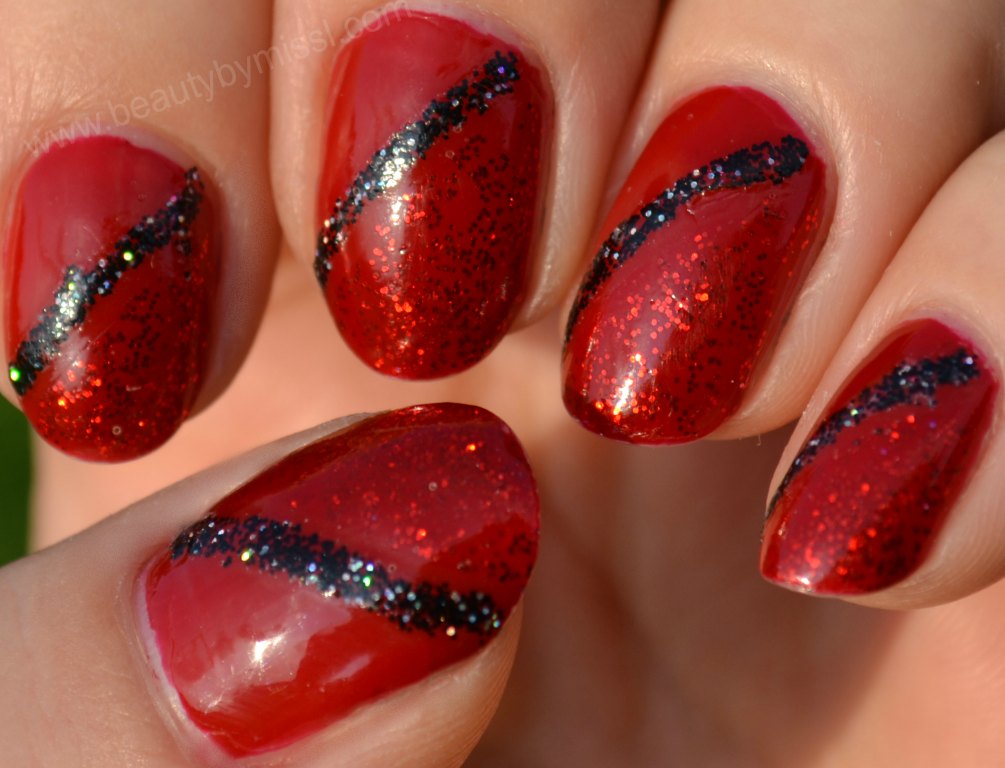 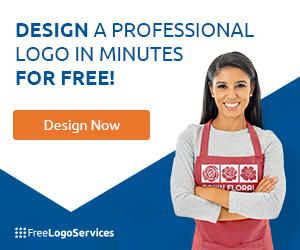