You are here: Home / Uncategorized / Beauty by Miss L all time most popular posts

I love doing roundups 😛 and because today, 4 years ago I started my blog,  I decided to share with you Beauty by Miss L all time most popular posts. 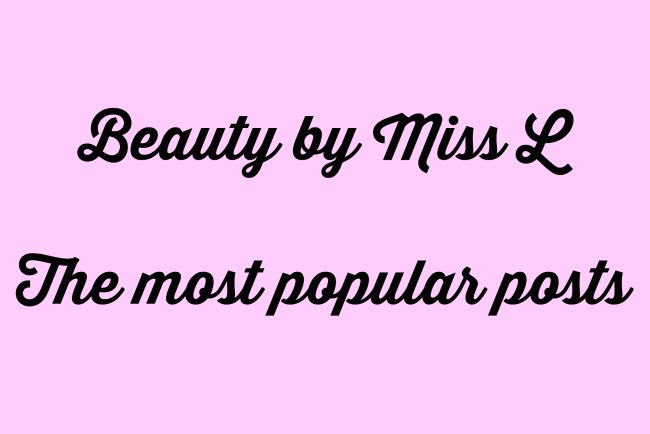 According to Google Analytics these then posts are the most visited posts on my blog:

#10 Oriflame Skin Dream BB Cream SPF30 in Fair – post is from January 2012.  This BB  cream was a nice surprise after having terrible experience with their tinted moisturiser. This is one of those BB cream that I would definitely order again!

#9 Oriflame Giordani Gold Ruby Lipstick Swatches 1 – post is also from January 2o12 and I don´t really have much to say about this post. It is typical lipstick swatch post 😀

#8 Schwarzkopf Gliss Kur Ultimate Repair Hair Mask review – from June 2012. It is a good hair mask that worked well on my hair. There was just one thing I did not like about it – it´s scent wasn´t exactly my cup of tea.

#7 Oriflame Milk & Honey Gold Hair Mask review – from January 2014. Oh this Milk & Honey hair mask … It came with all those amazing promises and some reviewers claimed that it is as good as, or even better than, the products they sell at the hair salons. Well for my blonde hair it did absolutely nothing! And I hated it sweet scent. It was a terrible hair mask! Really!

#6 Oriflame Pure Colour Lipstick swatches part 3 – from December 2011. Not much to say about this post 😀

#5 Avon Ultra Color Matte lipstick swatches – from August 2014. With this post I just remembered that I have 2 Avon lipsticks swatches posts waiting in drafts. Hopefully on of them will go live next week and the other once I have taken all the photos 🙂

#4 LÒreal Prodigy hair dye in shade 10.21 Porcelain – July 2014. This hair dye came with pretty promises and I know that many love it. Unfortunately I wasn´t fond of it and I felt that it didn´t live up to its promises 🙁

#3 Oriflame Pure Colour Lipstick swatches part 1 – from November 2011. This was my very first lipsticks swatches post. I´m not happy with that post, because of the photos´  quality, but since I don´t have those samples any more then I can´t take the photos again 🙁

#1 AVON Luxe Lipstick swatches – from November 2013. I became Avon Lady in early November 2013 😀 and so I ordered a bunch of samples to swatch them for the blog 😀

So these 10 posts are the all time most popular posts on my blog. I was surprised to see that so many lipstick swatches posts are in this top 10 🙂 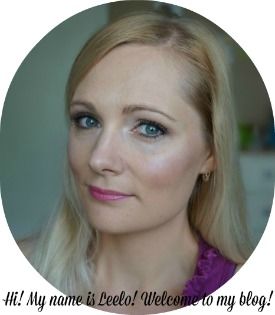 This website uses cookies to improve your experience while you navigate through the website. Out of these, the cookies that are categorized as necessary are stored on your browser as they are essential for the working of basic functionalities of the website. We also use third-party cookies that help us analyze and understand how you use this website. These cookies will be stored in your browser only with your consent. You also have the option to opt-out of these cookies. But opting out of some of these cookies may affect your browsing experience.
Necessary Always Enabled

Any cookies that may not be particularly necessary for the website to function and is used specifically to collect user personal data via analytics, ads, other embedded contents are termed as non-necessary cookies. It is mandatory to procure user consent prior to running these cookies on your website.

SAVE & ACCEPT
Go to mobile version